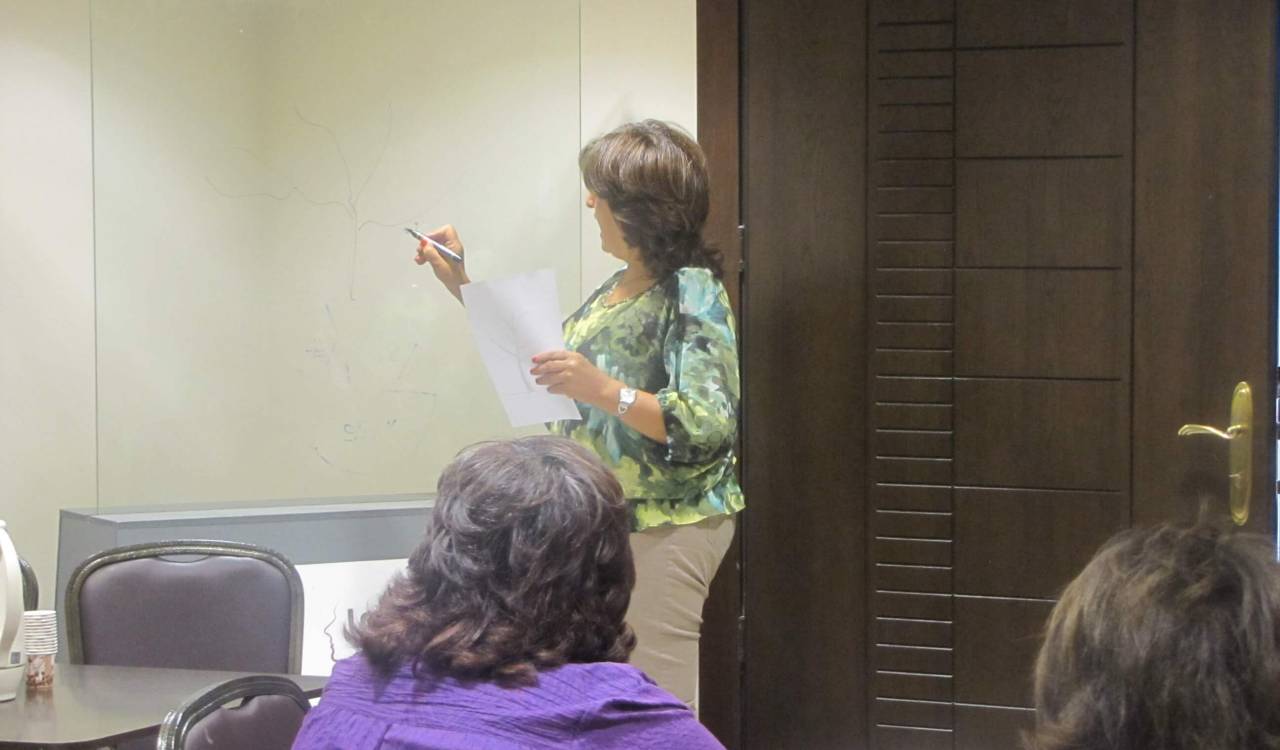 Women in the Arab World have been saturated with shoddy messages from the society about their values and roles. The result is that, deep down, many women have believed in this and resigned themselves to subordinate roles and considered themselves inferior to men. Therefore, core changes are needed in the “mindset” of men and women as well; in their thinking, attitudes and values.

AWT is leading and equipping the Arab women to become efficient rather than deficient, to become ambitious rather than sluggish, and to value rather than underestimate themselves.

Egyptian artist Reda Abdel-Rahman considers the woman the essential secret of the universe, and we consider her the universe itself. By her, humans multiply and through her promising generations arise. She, as they say, "Shakes the bed with her right hand and the world with her left."

The woman has been neglected throughout the bygone eras, and has been treated unjustly and unfairly by the community and leaders in the Arab society, to an extent where she became a victim, homeless, with neither a voice and nor a hope in life. Today, she cannot afford to dream about tomorrow, and cannot hope more than to afford a living, or perhaps that her son recovers from his illness.

Women in the Arab world live within walls dominated by tribal and masculine rules, the matter which made her to be framed into limited tasks and carry the responsibility of the family's honor, despite that the man is the one who disgraces it without the fear of paying for it.

Women in the Arab world need to learn first, and get out of the pit of ignorance and illiteracy, which account for 50%. They need to discover themselves, and they need freedom of decision relating to their lives and to access the resources in order to sustain themselves and develop their skills.

Here comes our role, and our choice to be part of restoring the women’s position, activating their role in society, and empowering them economically, socially and spiritually.

Yes, women are the masters of the universe, the tool for the change, the peace and the missing development in the Arab world. And we want this tool to be working and effective. We want women to flourish. This is the most basic right and the least we can do for them.